11:17 AM PT — Derek Chauvin, the cop who was charged with 3rd-degree murder in the death of George Floyd, is now facing an upgraded charge — second-degree murder … this according to Minnesota Senator Amy Klobuchar. Ben Crump, the Floyd family’s attorney, said he expects the other 3 will be charged with accessories to murder.  The A.G. is expected to announce the formal charges shortly.  As for Chauvin, the maximum punishment for 2nd degree murder is 40 years.  3rd degree is 25 years.

The remaining 3 ex-officers in the brutal killing of George Floyd are being charged with crimes in connection with his death and an announcement is expected anytime now. 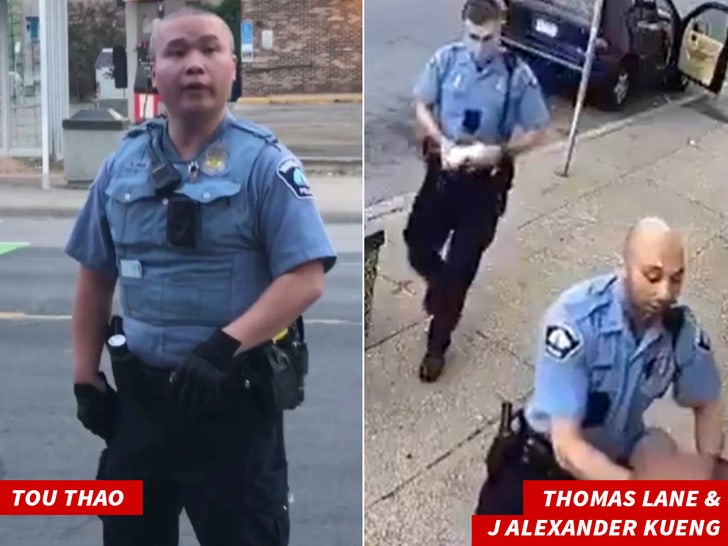 The Minnesota Attorney General who took over the case last week will make the announcement shortly. The three other ex-officers involved are Tou Thao, Thomas Lane and J. Alexander Kueng.

In an additional video leaked from the scene, you can clearly see it was more than just Derek Chauvin kneeling on Floyd’s body … with 3 ex-officers total on him at one time.

Floyd’s family was informed by authorities charges were coming, according to the family’s attorney Ben Crump. He was on ‘TODAY’ Tuesday morning and said, “We heard that they expect to charge those officers.”

As you know, the officer whose knee ended Floyd’s life, Derek Chauvin, has been charged with 3rd-degree murder and manslaughter.

The independent autopsy at the behest of Floyd’s family revealed he died from asphyxia as a result of neck and back compression.

Cannes 2020: What Films Would Have Premiered at the Film Festival?

UK weather: May snowfall catches people out as temperatures…

Prince Philip’s official cause of death aged 99 was…